On route to the Pertusatu lighthouse

A spectacular, easy and truly unforgettable walk.  Don’t forget to take a hat or cap, fresh water and a bathing suit and … off we go, for four hours of happiness.

Meeting point at the all-white Saint Roch chapel situated halfway between the Marina and the Fortress of the Standard. We start off towards the East, taking the Campu Romanilu path and if we turn around, we can see the majestic medieval Citadel with its ochre walls and houses perched over the cliffs defying all the laws of gravitation. A photo is totally necessary ☺!

We continue along the small path covered with limestone slabs from the Miocene era. This substrate, typical in Bonifacio, generates very particular vegetation. We look left, right, ahead and behind. The fragrances and colours of the scrubland on one side, the sea air, the turquoise waters and Sardinia on the other side… so much to see, it’s not easy to know where to take photos. 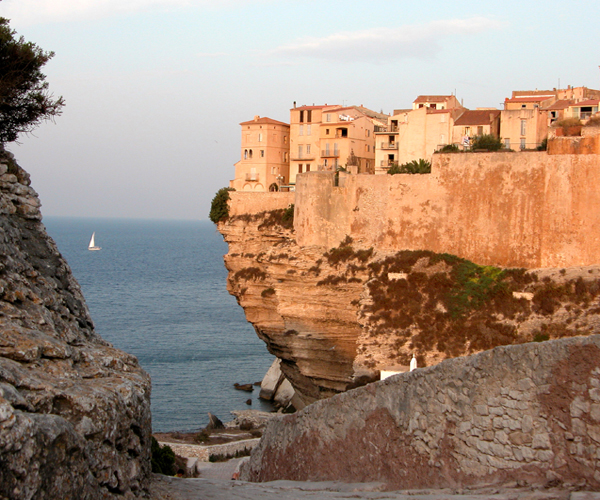 Very quickly, we arrive at a small building overlooking the cliffs: it is the town’s original slaughterhouse, situated at a distance for reasons of hygiene. We then continue along the small path and look to the left, to the right, ahead and behind.  The fragrances and colours of the scrubland on one side, the sea air, the turquoise waters, and Sardinia on the other side… don’t know where to point the camera.  And now we also look down: the view is vertiginous. Dozens of metres above us, a sea gull glides through the sky and the very big boats in the port now look like confetti. 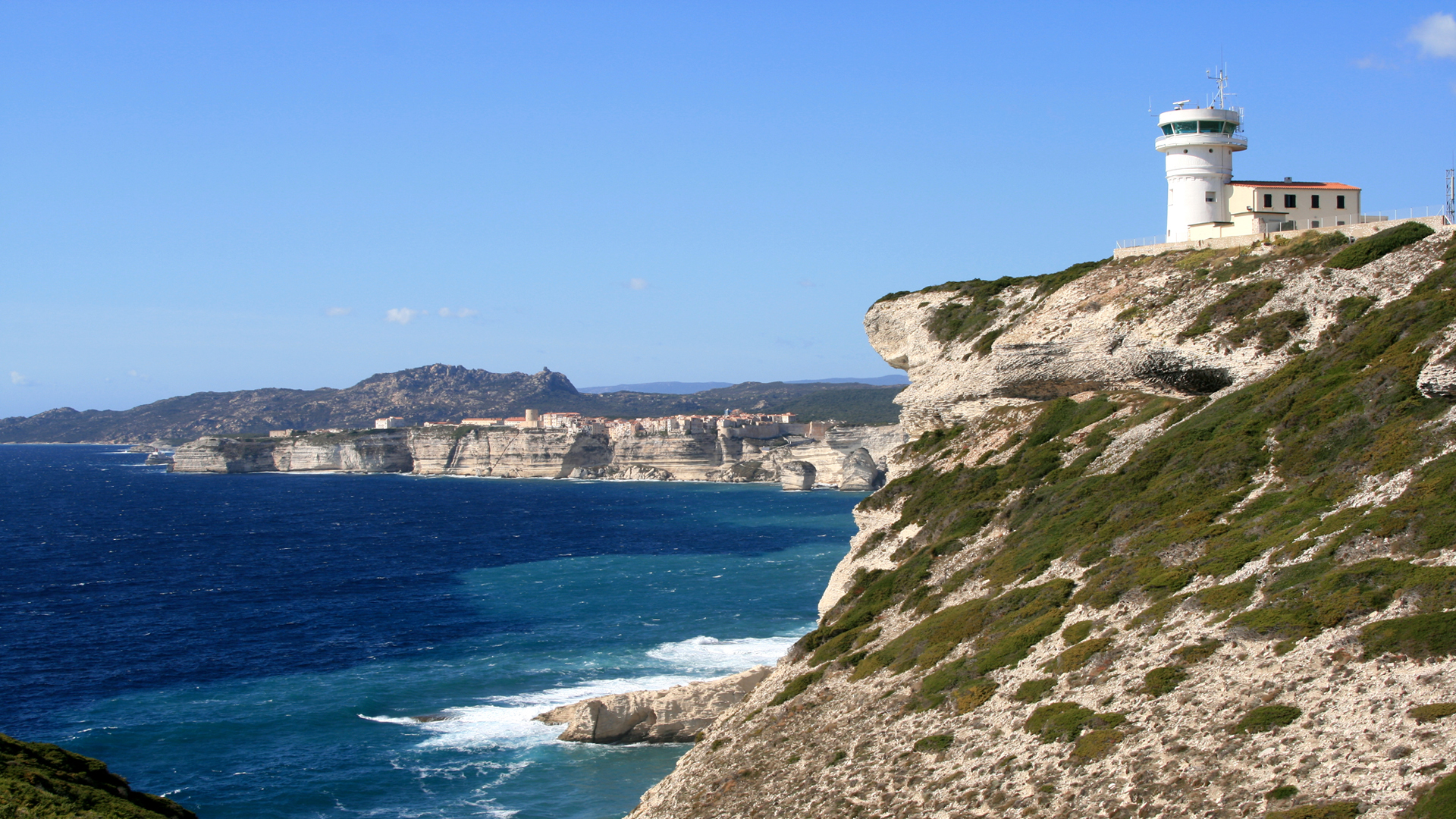 A very dangerous Strait for navigators.

We are already at the summit of the circuit and we can see a white building in the distance, a little like an airport control tower: it is in fact the Pertusatu lighthouse, a military construction, whose occupants keep watch day and night over the maritime navigation in the Strait of Bonifacio. It must be said that since the sinking of the La Sémillante frigate (702 dead in 1855), it has been understood that this strait is difficult to navigate and warrants surveillance and sometimes even assistance. 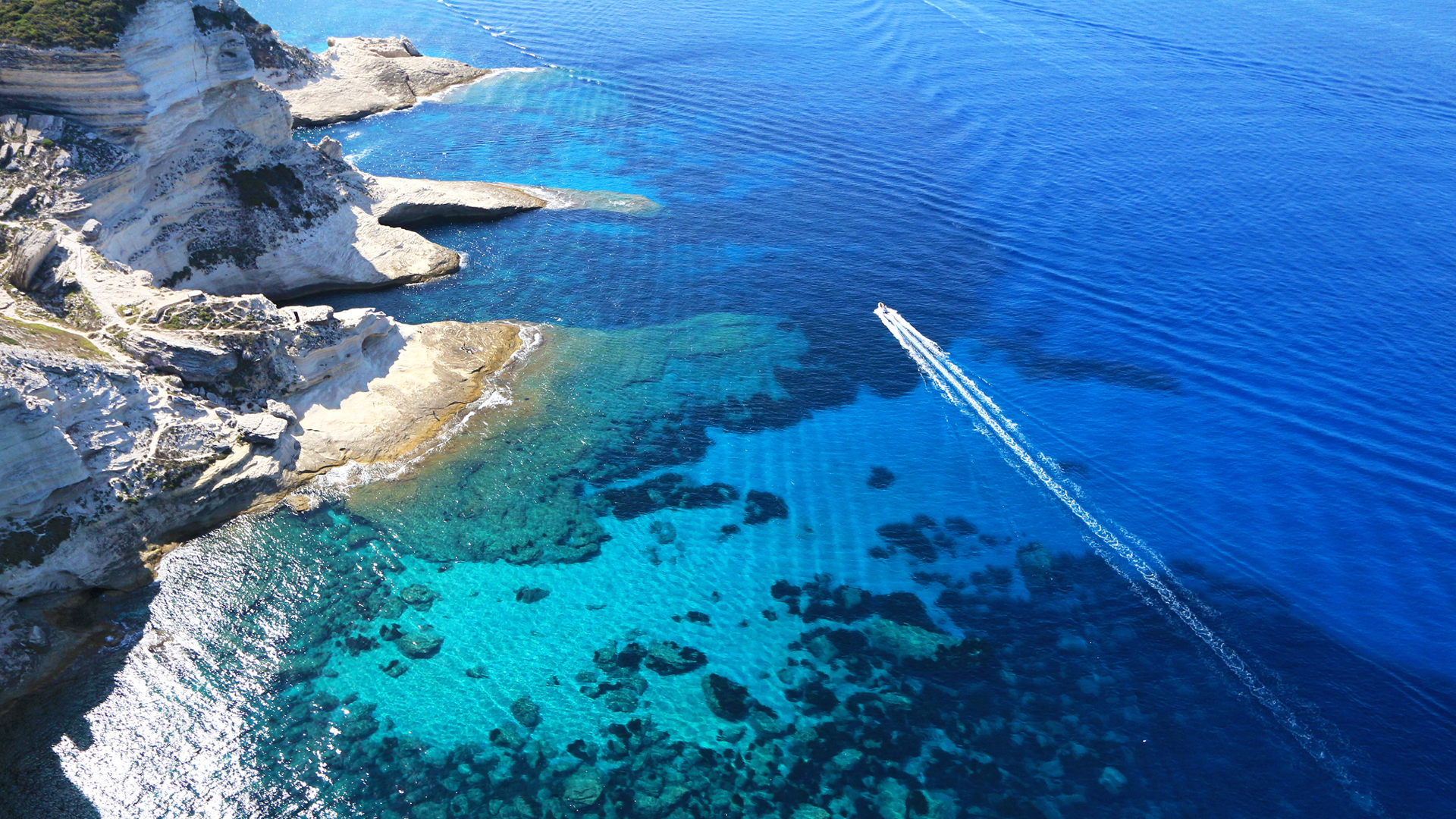 Stunning view over the archipelago of the Lavezzi islands.

Approximately an hour later we have reached the Pertusatu lighthouse: behind which we can enjoy a stunning view over the archipelago of the Lavezzi islands and even further, Sardinia and the archipelago of the Maddalena islands. During the walk, we have observed plants as pretty and as rare as the Astragalus of Marseille, the Romulea requienii, the Tree Wormwood and wild orchids … but here, at our feet – a marvellous beach inviting us for a swim. 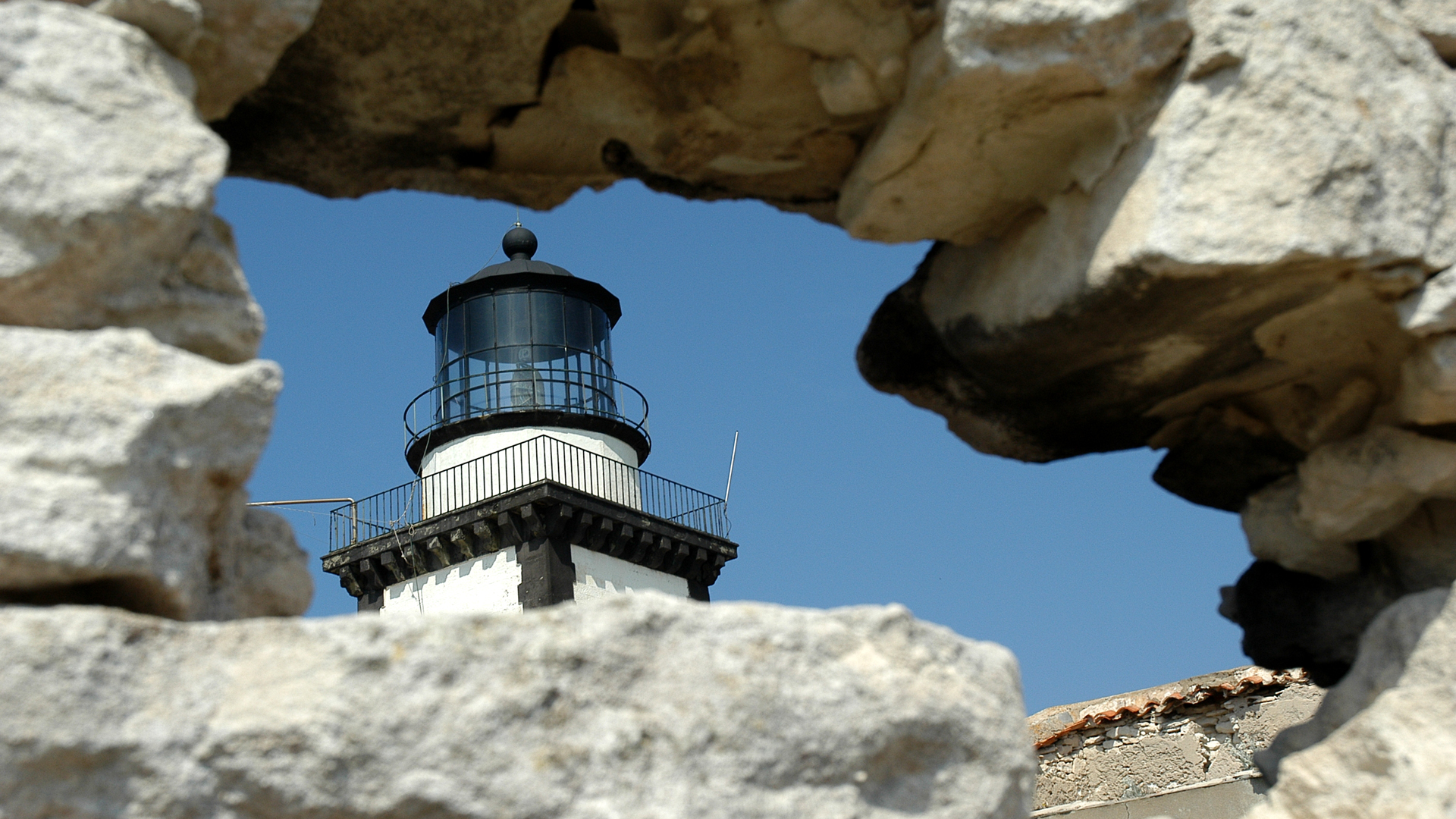 In a jiffy, we descend the lunar landscape to the Saint-Antoine beach. Our dip is a true reward, true bliss … so true we forget time.

Our swim over, we now attack the ascension via a small steep path. We imagine that this climb will be painful, but finally not at all: ten minutes later and without forcing, we are once again on the plateau. It remains for us to return and continue taking photos of more and more unforgettable moments. 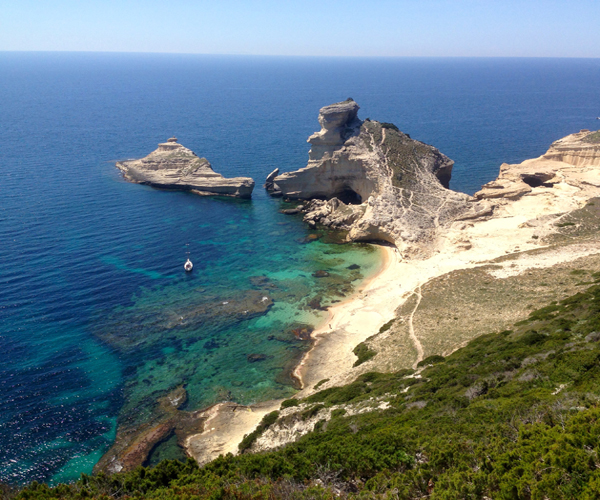 There is no doubt; the Pertusatu path is a walk not to be missed. 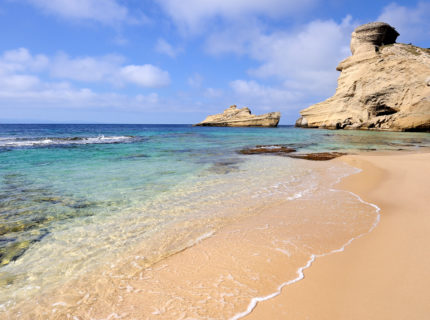 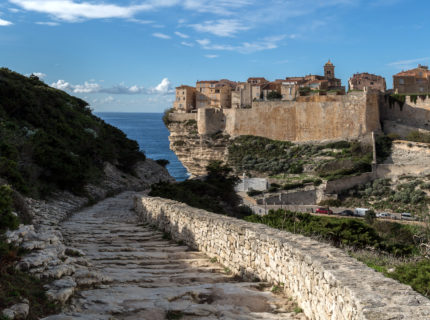 The Archipelago of the Lavezzi islands